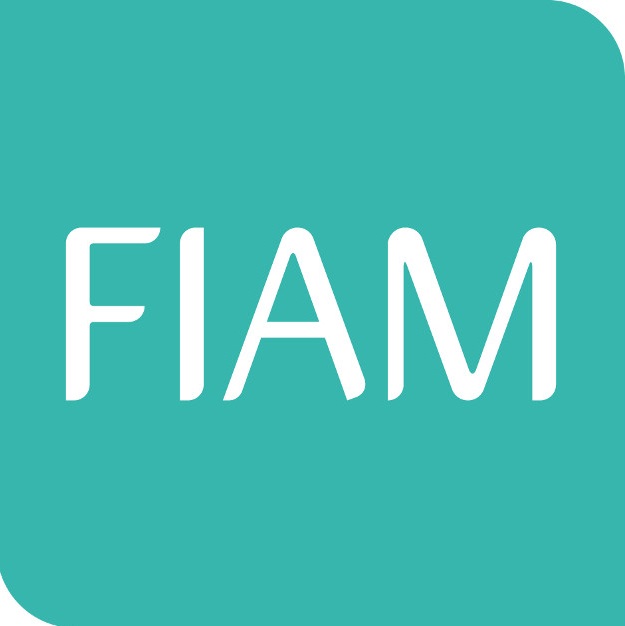 FIAM ITALIA: REIVENTION AND TRANSFORMATION OF THE ESSENTIAL
The glass is the undisputed protagonist of the creations of Fiam Italia, which this year praises its beauty, reinventing the essence of a fascinating and timeless material.

Faithful to itself and to the enthusiasm that has always distinguished its production, Fiam brings objects of charm to our homes, that enchant and amaze thanks to lines that catch the eye and innovations achieved through passion. The constant research and the enhancement of the elegance of glass, with the 2018 collection enters in a new era, enriched by innumerable chromatic nuances, unprecedented three-dimensionality and friezes of an almost sculptural nature.

The transparency of the glass is adorned with opacity, nuances and thicknesses, acquiring a new physicality that transform it into a surprising, physical, tactile element. This mutation is the result of a coherent celebration of the properties of a material forged by the skill and the talent of master glassmakers, in an energetic choreography of fire, strength and intent. The impalpability of a material that traditionally affirms its presence in the incorporeal, is here subverted and reinterpreted.

So you can be touched emotionally by of a material sometimes experienced cold and icy, when it has the ability to be material and technological, where the productions developed specifically for individual projects are combined with constant references to nature. The integration of traditional glass processing with avant-garde production processes makes it possible to reach the unexplored, overcoming the limits of matter and molding it into harmonious and precious figures, which with sensitivity intend to embellish the life of people who choose to surround themselves with objects of beauty and culture.

The result is a furnishing proposal made up of elements designed for the whole house, with particular attention to the living area, which chooses to communicate an aesthetic faithful to the raw material from which it is composed and which enhances its infinite potential. The furnishing proposal doesn’t distort the glass essence or resort to fiction and imitations that make it look like an “other”, alien and decontextualized material.

In fact, if trends and the succession of fashions suggest to conceal the specificity of materials and adapt them to ephemeral taste, making them look like an imitation, Fiam Italia considers glass as an eternal form of inspiration and elevates it to the focal point of 2018 proposals.

Fiam’s forty-year experience is added to exclusive techniques and to a stylistic research of designers called to create unique and captivating pieces, rediscovering the joy of working and interpreting glass, a common denominator of design creations ranging from impalpable designs to striking materiality, until you reach an extremely contemporary style.

Great personality and charismatic features distinguish the Waves Collection, designed by Ludovica + Roberto Palomba, which from the first glance recalls a management of the material and a profoundly plastic, three-dimensional design. For the designers duo, space coincides with the lives of people who live in It and this is reflected directly in the materiality of their project. Waves is in fact a collection of tables and coffee tables made with a new type of glass, obtained from a processing specifically designed by Fiam to generate a creation that captures the viewer’s eye and touches him emotionally. The overcoming of the limits imposed by the industry, possible thanks to the intuition of man, gives a perception of the glass surface that varies according to the perspective with which we look at the object, which comes to life from a lamellar glass superimposed endlessly. This inexhaustible crystal, which also invites to be touched and grazed with its recall to the succession of waves and the light that beats on them, does not end in its form but is itself changeable: within the collection of tables becomes therefore a plan with several measures or it is transformed into an ethereal base but immovable in the Big Wave model.

The geometric references instead recur in Hype, Studio Klass table, as a starting point for a careful and meticulous formal research, recalled by every single detail and which evolves in the details of a considered and rigorous aesthetic, able to relate knowledge, different thoughts and abilities. The structure of the table, in wrought and curved steel, inspired by the graphic lines of the equilateral hyperbola, is opposed in its mathematical rationality to the monumental top in melted glass made with artisanal techniques, in which human intervention is a fundamental part of the project itself and its success. In this way a lively and material surface is created, sometimes intentionally imperfect, with an unrepeatable texture that makes every single piece truly unique.

The glass that takes on new textures and invites us to explore our sense of touch is also present in the Plana cupboard, which exploits the technology of curved glass to obtain a discreet product, and despite this, it intrigues thanks to the colors with the effect of monolithic appearance, never interrupted by functional details such as hinges and handles. The Lloyd armchair, also designed by Studio Klass, proposes the experimentation of the forms in a game of fusions that lead to a type of hybrid seat, between the armchair and the chair, claiming a heterogeneous identity that, working on the grafting of fundamental elements as a technical and distinctive feature, it makes it suitable for home and office areas, thanks to comfort and personality. In conclusion, Magique Cubo expands the Magique Collection with a compact alternative whose dimensions, deliberately contained, make it ideal as side table or a coffee table thanks to the structure with a container module.

The combination of different materials, shapes and meanings, as well as the relationship of objects with people, are instead at the centre of the artistic production of Lanzavecchia + Wai, who present the Pinch mirrors for Fiam. The meeting and the comparison between the different cultures of the designers has generated a family of four mirrors “fleeing” from their frame, in ehich the reflecting crystal is no longer seen as a rigid slab but turns into a drapery suspended in time, which challenges the confines of form and create unexpected movements and dynamism. Subtle bolts delicately pinch the mirror and immobilize it within the various geometric shapes, where the resulting elastic tension is reflected – physically and metaphorically, in the action of the person standing in front of them.

The exploration of three-dimensionality is fully represented by the Pixel tables, designed by Vittorio Livi. From neutral and minimal, the glass becomes multi-layered and multicolored, once again conquered and transformed with attention by inventiveness and technique. With an innovative work that opens important and exciting roads for the future of this material, the Pixel collection of tables reaffirms the value of an authentic materiality and of which to make genuine sensory experience, which surprisingly gratifies the touch and sight of those who approach these creations. The base is intentionally neutral to enhance the play of colors made possible by their overlapping, which – as the name of the tables itself underlines – concur to compose further images.

The designer Patrick Jouin concludes the 2018 news, presenting this year the evolution in coffee table of the Magma dining table. The material glass obtained with a sophisticated melting process at very high temperatures, which recreates seductive graphic effects and is suspended on the solid wood structure, continues to fascinate with an aesthetic and tangible dichotomy, in which staticity and dynamism, lightness and energy, transparency and illusion alternate in the observer’s gaze. Lastly, the material and color combinations also feature in the Magma chair, which brings the wooden base – a common element in the collection – closer to a leather seat, which with its tactile softness ideally recalls that of the glass table top.